Harry is in the midst of a tour in North America, currently in Illinois playing Futures. His best result has been reaching the semi’s of the Edwardsville Future. Harry has also teamed up with his older brother Eddie who will be travelling with Harry. The pair will spend the next two weeks in Illinois for before heading to Canada.

Harry has ended a three week swing of ITF Futures by reaching the final of the Mildura Grand International. This career best performance will now see Harry’s ATP ranking rise to the mid 600’s when the new ranking are released. The final was a tough encounter that saw a more experienced Mathew Barton overcome Harry in straight sets. Despite the loss it was a fantastic week for Harry that will build confidence going into the next few weeks.

The swing of tournaments was also highlighted by a quarterfinal appearance at the Nyrstar Port Pirie Tennis International and a semifinal appearance with partner David Sofaer (HKG) in doubles at the same event.

Below is an article on Harry reaching the final in The Mercury Paper, March, 15.

Harry warming up for the Midura Grand International Final

Australian summer and start to 2015 has been a great one thus far for Harry. Due to a few fantastic matches and wins, Harry’s ATP ranking has been steadily dropping and is now  770; with hopes for continued dropping throughout the rest of the season.

Recently, Harry’s success and resultant drop in ranking was written about in The Tasmanian Mercury newspaper (article link here).

Thank you to all for the hometown support!!! 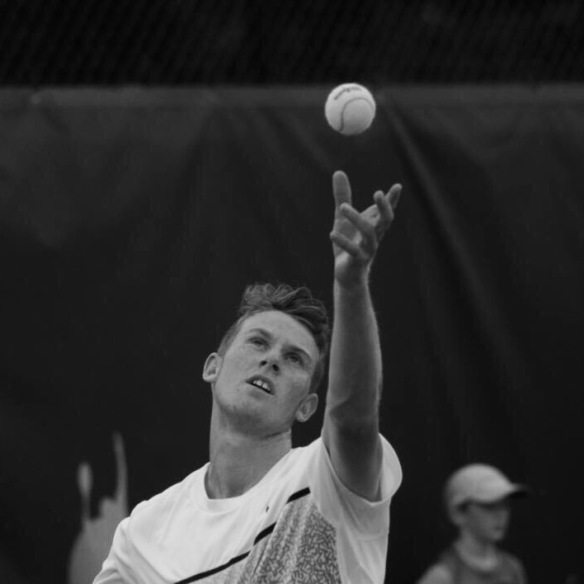 Harry has returned to Tasmania, of the back of competing at the Australian Open Qualifying. After bowing out of the Qualifying, Harry spent the next 2 weeks in Melbourne training and immersing himself in the Australian Open. He had great opportunities to practice and spend time with Novak Djokovic, Tomas Berdych and Rafael Nadal.

This week Harry has won the hotly contested Tasmanian Open, defeating Victorian No.1 seed, Dayne Kelly. This win has helped his momentum and confidence ahead of the Burnie ATP Challenger, were he has been awarded a wildcard into the main draw. Bourchier will kick off his singles campaign Monday February, 2 at the Burnie Tennis Club.

Harry will then compete in the Launceston ATP Challenger, which will start on Saturday February, 7 at Launceston Regional Tennis Centre. If your in the area get down and support Harry!

For more on Harry’s win at the Tasmanian Open, follow the link below: 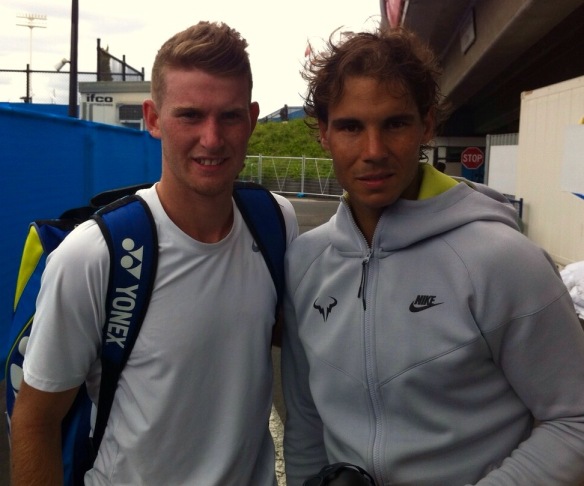 Harry has finished his preparations for the 2015 Australian Summer of tennis which will be  highlighted with a wildcard entry into the Australian Open Qualifying. Harry has been training hard over the past three weeks with coach Simon Youl in his hometown of Hobart. This comes off a great end to the 2014 season which saw his ATP ranking drop 300 spots to 815 and also saw him win his very last junior tournament, winning the Australian 18’s Nationals.

Harry has made his way to Brisbane to compete in the Brisbane International. His first round of qualifying will start Saturday and the tournament will run through the week. Harry will also compete in tournaments in Sydney, Melbourne, Launceston and Burnie over the summer months.

If you are in any of these city’s be sure to check Harry’s Facebook fan page for times and dates of his tournaments and matches. Harry loves hometown support! 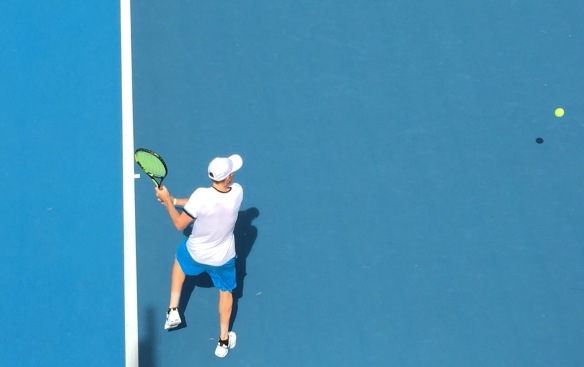 Tasmanian top seed Harry Bourchier has gone one step further than last year and taken out the 18/u Australian Championship title with a 7-5 6-3 defeat of second seed Marc Polmans. The win comes of a great few months for the Tasmanian who has seen his ATP ranking drop to 815.

With the win Harry was awarded an entry in to the Australian Open 2015 Play-off, he went down in straight set to last years winner Jordan Thompson. Harry will now continue training over the next few weeks to ready himself for the new year and Australian Summer of Tennis.

Stay tuned for more to come on his 2015 schedule.

See full article at the link below:

Harry is set to headline for the Tassie Devils in the Asia Pacific Tennis League (ATL) on Sunday December 7th at Launceston Regional Centre. Harry along with Tassie legend Richard Fromberg will be headlining for the Tassie Devils who are set to take on the Australia’s best. The team will be coached by Simon Youl, Harry’s current coach.

The ATL is a unique and fast-paced league played across Australia. The league comprises four Australian conferences each offering both a men’s and women’s league, with all matches being held between the 21st November and the 14th December 2014.

Action in the exciting ATL comes of the back of solid wins in two Wollongong  ITF Futures. Harry reached the quarter’s and round of 16 respectively taking out fellow Aussie Marc Polmans and world #240 Di Wu of China.

Follow the link for the  full article by Tennis Tasmania:

Tasmanian Devils to test their mettle in ATL