Harry has ended a three week swing of ITF Futures by reaching the final of the Mildura Grand International. This career best performance will now see Harry’s ATP ranking rise to the mid 600’s when the new ranking are released. The final was a tough encounter that saw a more experienced Mathew Barton overcome Harry in straight sets. Despite the loss it was a fantastic week for Harry that will build confidence going into the next few weeks.

The swing of tournaments was also highlighted by a quarterfinal appearance at the Nyrstar Port Pirie Tennis International and a semifinal appearance with partner David Sofaer (HKG) in doubles at the same event.

Below is an article on Harry reaching the final in The Mercury Paper, March, 15. 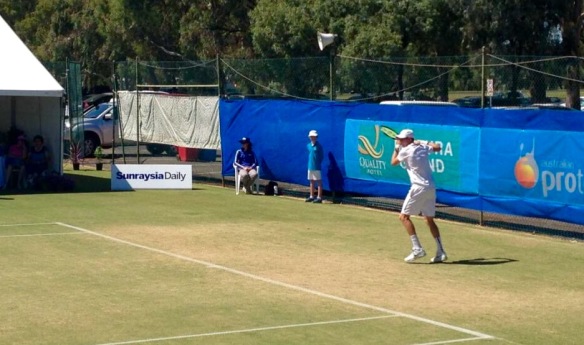 Harry warming up for the Midura Grand International Final