Harry is set to headline for the Tassie Devils in the Asia Pacific Tennis League (ATL) on Sunday December 7th at Launceston Regional Centre. Harry along with Tassie legend Richard Fromberg will be headlining for the Tassie Devils who are set to take on the Australia’s best. The team will be coached by Simon Youl, Harry’s current coach.

The ATL is a unique and fast-paced league played across Australia. The league comprises four Australian conferences each offering both a men’s and women’s league, with all matches being held between the 21st November and the 14th December 2014.

Action in the exciting ATL comes of the back of solid wins in two Wollongong  ITF Futures. Harry reached the quarter’s and round of 16 respectively taking out fellow Aussie Marc Polmans and world #240 Di Wu of China.

Follow the link for the  full article by Tennis Tasmania:

Tasmanian Devils to test their mettle in ATL 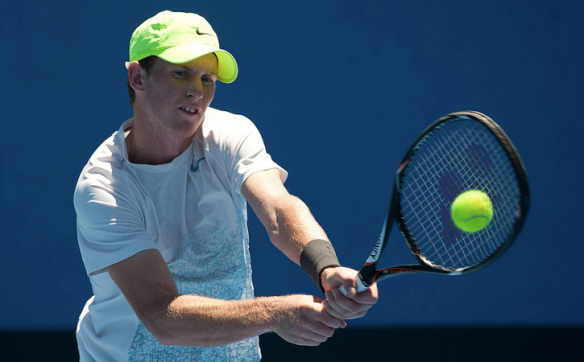